How Much Does It Cost to Build React Native App ?

React native is introduced by Facebook, and it allows developers to build cross-platform apps with a single code base. What that means is react native developer will write the code and that code will run on both android and ios operating systems. Most developers are choosing cross-platform app development instead of building native applications. Because it's fast to develop and flexible like React js framework. It's possible to build a big complex or simple app that focuses on a certain service. React native gives you the power to do them all. 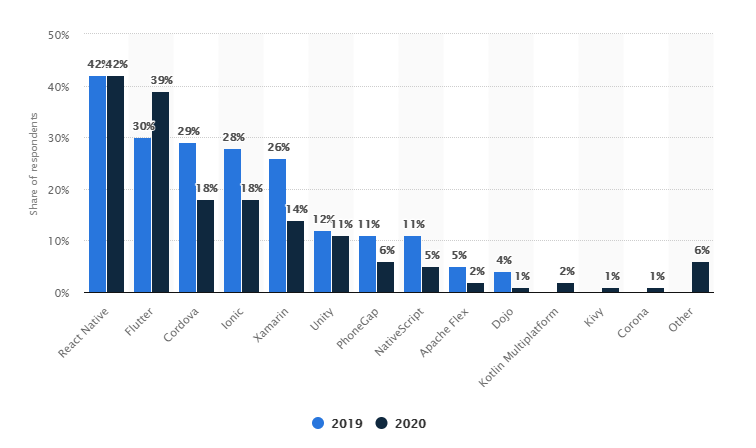 Why you should choose React native ?

Also as we mentioned code reusability is super-efficient on react native. You can run your app on even the windows platform. You can click here to hire react native developers

React native is simple to build

React native is having the advantage of a single code base. We can easily update your old code or when you want to scale your app into bigger sizes we can easily scale your application into sizes that you need. It's also very easy for us to integrate new features into your mobile app.

When you decide to have a React native or mobile app, you will also need UI / UX design which will help developers to understand your design requirements. If you want to have a React Native app that has less than 10 pages, that will not affect your cost of building the React native app. UI / UX design will not hurt the client budget much. We can design your UI / UX with our team of expert designers.

If you need custom features like authentication, review system, user profile, or any other features, that will increase the total amount of development. Every feature has more than 40 hours of development time. Some big features may take more than 100 hours. Our React native app developers will develop your custom features and we will deliver your React native app in a short time as much as possible.

How do apps make money?

How to get investors for your app startups?